A few months ago our beloved Charlie ate his dinner and then promptly threw up. From that point on his ability to eat waned quickly to zero although you could tell in his eyes and face that he was hungry. It was very disconcerting to see this lovely Labrador who adored food trying to eat but being unable to bring himself to accept food. He also became very listless, sort of depressed and very sleepy. It was as though he’d lost something inside.

When a Labrador goes off their food you know it’s not something to be taken lightly so a trip to the vets followed. From then on were a battery of pills, potions and blood and bile tests which led to a conclusion: His liver was being attacked and was dying.

One of the enzymes which is an indicator of something dodgy in the liver is ALT and Charlie’s were horrendously high. Another test they do is a before and after food test for bile, and again Charlie’s were extremely high. So the high ALT pointed to the fact that liver cells were dying at a high rate and the bile results showed his liver wasn’t functioning in terms of dealing with bile production. At this point he was given Destolit and an antibiotic.

Once home from the vets Charlie’s inability to eat became a problem. We’d have to find what he would eat through trial and error and feed him it until he went off it. So chicken, fish, gravy bones, treats were all offered and for a number of days we were able to get food into him. At a point though he started refusing all food. It was really heartbreaking as he could hear a fridge open at 50 yards but he’d look longingly at the food and just walk away. So another trip to the vets and he was put on a drip to flush his system out. Once back from the vets after the drip his appetite was back for maybe 24 hours before he started going downhill again. 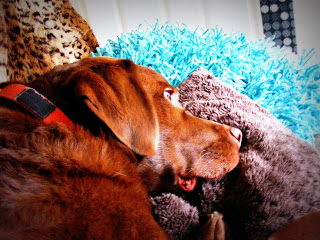 After having been on the Destolit and antibiotics for a week or so Charlie went back in for another round of blood tests. Same results. The vet at this point suggested that a visit to a specialist was called for, someone who had more understanding of this type of issue. The specialist changed Charlie’s medication and replaced the Destolit with Denamarin which was meant to afford some protection to the liver. They also had him in for some ultrasound tests on his abdomen and another round of blood tests.

The ultrasound tests were encouraging. His liver was well defined, no evidence of scar tissue or fibrosis and the rest of his body showed nothing untoward. Also the blood tests showed his bile function seemed to be coming round but his ALT enzymes were still way too high.

So we continued for another week trying to get food into him and eventually going back to the vets for another drip. Then the specialist suggested we bring Charlie in for an invasive biopsy on his liver as they felt they really needed to see his liver. so Charlie went under the knife and they examined his liver and took some biopsies for analysis. They described his liver as having an unusual colour and being somewhat rounded on some of the lobes, but thankfully no signs of growths or tumours.

The biopsy results came in when they had been assessed. There found bacterial spores in his liver but were unable to get these to grow in a culture which indicated that he’d had some form of bacterial infection but that the infection now seemed to be clear, likely due to the antibiotics. They also tested for a wide range of other bacteria and pathogens but everything came back clear. It suggested that he had eaten something that was contaminated and this had passed through the gut and bloodstream into his liver. The curse of Dustbinitis, well known to Lab owners.

Another week later and they had results for copper analysis. The upper range for copper in the liver is 400 units and Charlie’s were measuring 1600 units! This was indeed promising.

Charlie’s treatment now changed to an antibiotic that was know to chelate copper and make it soluble together with a steroid to promote his appetite. One day after starting this treatment it was as though we’d got our old Charlie back. His appetite was back, as ravenous as ever. He’d even taken to stealing the food from the cats, something which he hadn’t done for a long time! And best of all he was now able to eat his current low copper diet food which he’ll be on to ensure that the copper levels don’t get too high.

I know we’re not out of the woods yet with Charlie but I have hope and faith that his progress will now be positive. The liver is one of those organs that can regenerate providing the issues haven’t gone too far. The vet thinks that he is susceptible to copper collection in his liver but the bacterial infection was the cause of his symptoms. They also think the copper was hampering the healing of his liver after the infection had been dealt with. In an odd way without the bacterial infection we may have never known about the copper in the liver, which may have killed him eventually.

Please pray for him as we continue with his treatment.